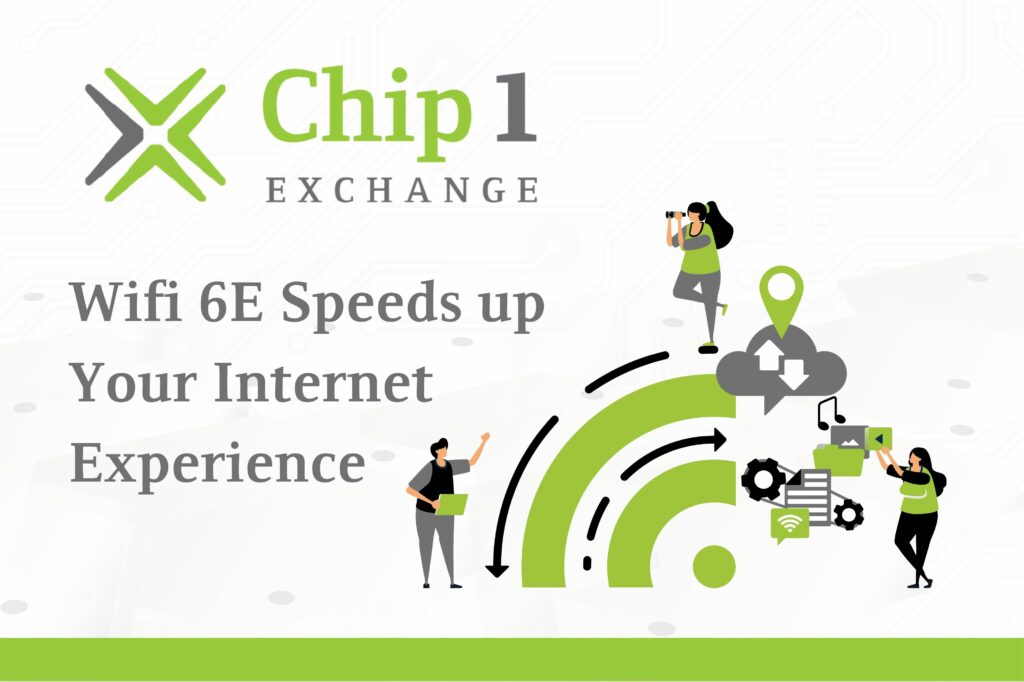 Wifi 6 is the next-generation wireless standard for internet connectivity. Launched last 2019, it was a considerable upgrade from Wifi 5 with little to no effect no matter the device being used. This is good news to all internet users whether you are in the office or at the comforts of your home.

Wifi 6 and Wifi 6E are significant upgrades from the 2.4 GHz and 5GHz bandwidths. By adding a third one at 6GHz, data travel is faster by tapping into bigger airwaves which quadruples capacity compared to conventional Wifi.

Early adopters of this technology will have access to uninterrupted airwaves (for now at least) as there is plenty to go around with limited users.

We compare Wifi 6 from Wifi 5 and Wifi 6E’s advantages.

The wifi five speed range is 210Mbps – 1 Gbps in the 5 GHz signal. Wifi 6 speed is four times faster, has a larger capacity, and boasts 75% lower latency. As the FCC opens up the 1200 MHz spectrum in the 6GHz band, operating in the 400MHz will be a thing of the past. Many details are still being ironed out regarding capacity issues and allocation, but everything leads to a better internet connection for customers.

This capability allows devices to use bandwidth with increased efficiency by lessening the time between data transmission. With this overall improvement, other devices have more bandwidth to operate. This can be very useful in making the communication between the router and the devices that connect to it more efficient in using power and saving energy.

This technology allows routers to communicate with numerous devices at the same time. This feature is handy in large office settings, where many employees use the same router to connect online. Gone are the days when people had to put up with intermittent connections.

Wifi 6 allows devices to send more data in every transmission, increasing performance by at least twenty percent. Though still not as fast as data going through a CAT8 Ethernet cable, at least Wifi 6 is going in the right direction.

The Higher-Order Modulation feature makes the transmission of data in your network more efficient. As a result, people can experience a speed boost of up to twenty-five percent.

Several key features were enhanced during its development to improve Wifi 6 and make it significantly better than Wifi 5. Some of these critical features are:

Uplink MU-MIMO is an upgrade that enables more devices to transmit data to the Access Point using Wifi 6; thus, improving the network’s efficiency.

BSS Coloring lets devices functioning in the Wifi 6 Standard differentiate between signals from familiar and unfamiliar networks. This feature enhances your network’s capacity and efficiency.

Devices that support TWT go into a sleep state until their scheduled “active” time. With this feature, machines can reduce their energy consumption and bandwidth use when in their idle state.

Wifi 6E (The E stands for Extended) can broadcast in the 6GHz frequency, ranging from 5.925 to 7.125 GHz. This allows a 1200 MHz of added spectrum that devices can use. Not like the existing 5GHz frequency band, which crams channels into a limited range. The new 6 GHz band boasts of faster speeds, more bandwidth, and lower latency. This is something AR/VR (Augmented Reality/Virtual Reality) and 8K streaming fans will be psyched to hear.

They released early 2021 when the first Wifi 6E router was made available to the public via the Asus ROG Rapture GT – AXE11000. It was recognized as being the first router to offer 6GHz edge capability. This spider-like device signaled the future of gaming and showed how quick technological advances are these days.

Wifi Protected Access 3 security keeps the use of Wifi 6E safe. WPA3 is the Highest Wifi Alliance Security Certification for internet connections. Hackers would have a pretty hard time breaking into these systems, which is good news for all users of this network.

Any person using Wifi 6E devices (laptop, mobile phone, etc.) doesn’t have to worry. Their instruments are still compatible with legacy wireless standards, such as Wifi 4, 5, 6, and Wireless-AC. There are no worries when it comes to the previously used 2.5 and 5GHz bands, either. Wifi 6E-capable devices are compatible with these older wireless models for the time being.

The question that’s really on everyone’s minds is: Are there enough devices that can take advantage of this new technology right now? The answer is entirely up to a smartphone, computer, and router manufacturers. We can expect at least a few months before these companies embrace Wifi 6E and use it in all of their devices.

With almost every legacy device using the 2.5 and 5 GHz bands (including Wifi 6 devices), a Wifi 6E-capable device will have uninterrupted access to the 6 GHz band. That’s good news for gamers as it gives them the convenience of wireless internet minus excessive lag that comes with slower internet speeds. The larger spectrum and added channels in the 6GHz band also improve network reliability and efficiency.

Businesses can significantly improve their processes by taking speed and latency issues out of the equation. With Wifi 6E, companies can use cloud and collaboration apps to full effect with speeds up to 6 times faster than Wifi 5 and almost twice as fast as Wifi 6. Now, backing up files in the cloud, file-sharing, and software updates can be finished in no time and with minimal issues.

One of the sacrifices you have to make for faster connectivity and lower latency is range. The 6GHz band’s range is shorter than what Wifi 6 on 5GHz covers. To be safe, people should avoid placing their routers in enclosed areas (attic, basement, closets, etc.), making it hard to detect the signal.

When your Wifi 6E device doesn’t detect the 6 GHz band, it will naturally revert to the one with the longer-range: 5GHz. Then, your device connects to the 6GHz band when it’s in range again. One suggestion for offices is to put the Wifi 6E router in the middle of the area with the densest concentration of devices connecting to the internet.

Chip 1 Exchange adapts to times and adjusts requirements as they arise. The need for faster internet speeds means constant upgrades from our customers so they can take advantage of the benefits of Wifi 6E.