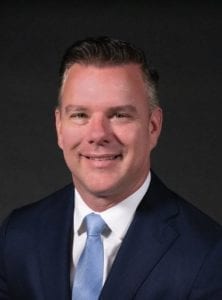 TTI’s VP military and aerospace segment, Roger Raley, examines the components and capabilities that future aircraft will rely on for safe, efficient operation.

We are looking at a decade where over 10,000 defense aircraft are expected to be delivered worldwide. With those aircraft come amazing new capabilities, including unprecedented levels of networking and computing power.

Before the first of these new sixth-generation aircraft enters the arena, manufacturers have the challenge of choosing the high-quality, highly reliable components that enable these fighters, drones and support aircraft to carry out their missions.

Instead of waiting for newer technologies to evolve, the US Air Force’s Next Generation Air Dominance (NGAD) program is focused on building the best jet fighter within a few years, utilizing technology that’s currently in development. Thus, we can expect to see intense competition among aircraft manufacturers who will present initial designs, then refine them in hope of creating the sixth-generation fighter aircraft by 2030.

This presents a challenge to our industry: to create durable, advanced components for interconnect, sensing and RF communications. We know the capabilities sought-after in today’s air defense systems, and we’re familiar with the materials-selection and environmental challenges they face.

Based on general military trends, these challenges include the use of modular systems and components to reduce preparation and turnaround time between missions, and to easily upgrade airframes as new systems are developed.

Wholesale replacement of manned combat aircraft with unmanned vehicles isn’t likely. However, next-generation air defense fighters will rely on the networking and communications systems found in UAVs. These aircraft will receive targeting and reconnaissance information from drones in a combat situation. In some cases, pilots might control those drones to defend the aircraft while the human crew completes a mission objective.

To support these design goals and new systems, electronic components suppliers will be expected to deliver:

Next generation air defense will see individual aircraft becoming nodes in a network that encompasses the entire battle space, capable of sending and receiving data beyond the theater of operations. This means fighter aircraft may need to relay data not only from other aircraft and drones, but from ground forces and other allied units as well.

While UAVs will become more capable and widely relied-on, we still rely on human pilots and aircrew in defense. This will be especially true in a combat situation where the lives of warfighters and civilians are at stake.

Electronic components suppliers and distributors will play key roles in the development of the next generation of fighter aircraft. Not only will we supply more durable, lighter and more capable components, but we will learn and evolve our technologies in conjunction with manufacturers to meet the challenges of air defense in the 2020s and beyond.