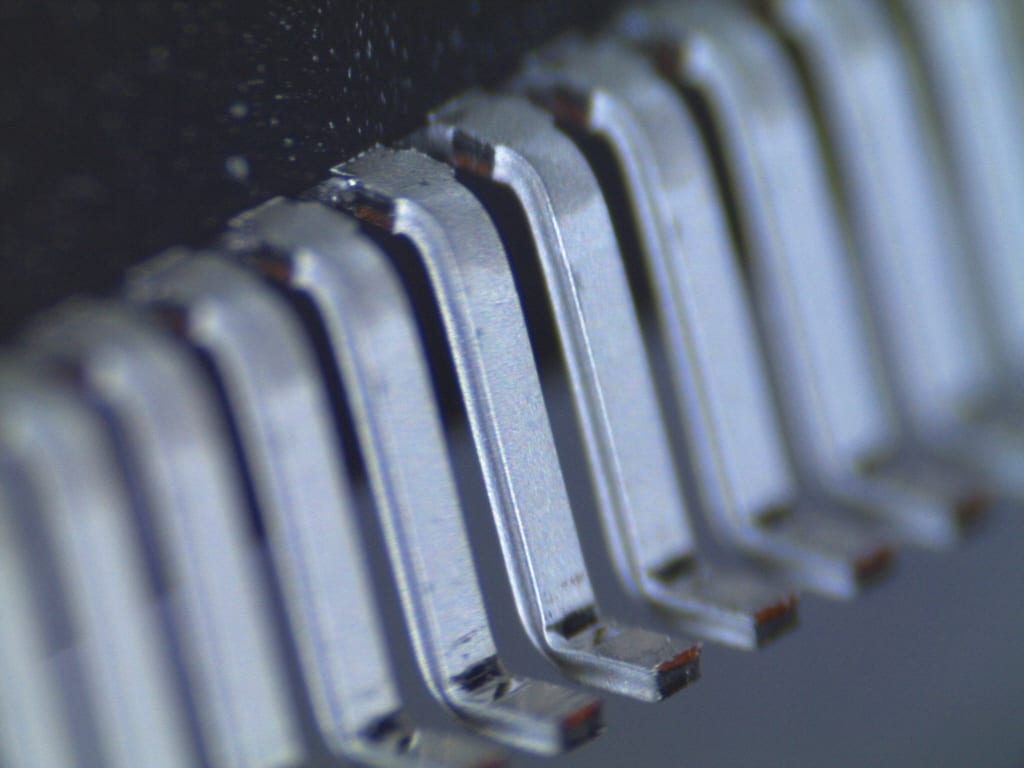 As 4 Star explains, it’s important for buyers to be wary of non-trusted sources and use risk-based analysis for vendor and test plan selection.

Over the past 10 to 15 years several common types of counterfeiting stand out. Most counterfeits can be considered recycled parts, possibly with correct part numbers but refurbished by sanding and re-marking or blacktopping and re-marking. This is usually done to create a homogeneous lot, often marked with incorrect, higher rated characteristics such as speed and temperature ratings. Leads are typically refurbished or possibly re-attached. Such recycled parts are often subject to extreme environmental and ESD conditions and generally unreliable.

Counterfeiters may use part substitution schemes where good, working devices are substituted for other components. New components are re-marked, re-packaged and re-labeled to change their advertised specifications such as going from commercial to military grade. This results in functional parts that don’t meet expected performance characteristics.

During component manufacturing processes, out of spec or defective parts are identified and segregated to be scrapped. However, sometimes, parts meant for destruction have been intercepted and placed back into the supply chain. These rejects appear good but will not function correctly.

Overproduction of parts, called a ghost shift or unrecorded production, occurs when an otherwise legitimate manufacturer over-produces parts beyond the contracted amount. These parts, hidden from the original component manufacturer (OCM), may contain inferior materials, be missing testing and sorting steps, and have been produced by untrained workers.

Sometimes, non-functional parts such as pre-production test parts or samples are used by counterfeiters to look like real parts. These parts are often produced by the OCM or their contract manufacturer, so they appear perfect, unused and unaltered. However, internally, they are usually incomplete and non-functional, missing bond wires and/or die. Such counterfeits can usually be detected by techniques such as x-ray or decapsulation.

More sophisticated counterfeiting
When individual components are small and unmarked from the OCM, such as MLCCs and other surface mount passive devices, lesser specification parts or lower quality third-party manufactured parts are relabeled or repackaged to appear branded or higher specification. Because of their small size and relatively simple electrical characteristics, these substitutions may go unnoticed without high-level electrical or destructive testing and comparison against golden samples.

Clone devices, where counterfeiters illegally acquire intellectual property or reverse engineer OCM designs are effectively exact copies of an original device. Since they are newly manufactured, they pass the traditional surface and marking tests that simpler counterfeits do not. Most clones will pass basic electrical testing, so the best method of detection is building image databases of known-good die and x-ray images to compare with, or by performing full functional electrical testing across a range of specified temperatures.

A subset of clones, tampered parts, are more theoretical in nature. Tampered parts are basically sophisticated clones, based on complex parts like FPGAs. They have additional functionality added, such as the ability to record data or to relay information to a third party. While not widely found, such parts are suspected to be the work of government or state-sponsored participants with significant resources and technology. Like with clones, higher level comparative testing like x-ray and die examination are typically used for detection.

Solutions to counterfeiting
Buy smart. Know your vendors and understand who is authorised by the original component manufacturers to sell their parts. Purchasing from authorised sources is the safest way to avoid counterfeits.

When parts are unavailable from authorised sources with full certification and traceability, utilise an independent distributor with a certified in-house lab, or an outside test lab that specialises in counterfeit detection. Inspections and tests should be performed based on industry best practices and standards such as IDEA-STD-1010, AS6081, and AS6171. The basic requirements for testing include:

Understanding counterfeits types, and the tests used to combat them, offers buyers a high level of assurance of getting good parts.