Company Debt director, Simon Renshaw, reflects on how semiconductor shortages are impacting the automotive industry and causing a ripple across associated sectors

A global microchip shortage is having a huge impact on the motor manufacturing sector, with many leading brands experiencing production delays. For example, in the UK, new car registrations for July were the lowest since 1998, down 29.5 per cent year-on-year, according to trade body SMMT.

SMMT CEO, Mike Hawes, said: “The automotive sector continues to battle against shortages of semiconductors and staff, which is throttling our ability to translate a strengthening economic outlook into a full recovery.

The next few weeks will see changes to self-isolation policies which will hopefully help those companies across the industry dealing with staff absences, but the semiconductor shortage is

likely to remain an issue until at least the rest of the year.”

The world’s biggest semiconductor producer, Taiwan’s TSMC has said the shortages will extend into 2022, while analyst IHS Markit estimates that the shortage will cost the industry $60billion in lost sales this year.

The following highlights four reasons for the global shortage of microchips.

Pandemic: From early 2020, factories producing microchips were forced to close, particularly in Asia where most are based. Although they are now reopened, there is a backlog of orders. During lockdowns, home working and gaming rose and microchips were bought up in vast amounts

by electronics manufacturers.  Even rising numbers of crypto-currency miners who use high-end chips impacted availability. New car sales fell during the pandemic, but rising demand is now affected because there are insufficient components.

Political: Actions by the Trump administration led to a reduction in microchips from China as the US blocked technology transfers and imposed tariffs.

Natural catastrophes: Production of microchips requires water and Taiwan is affected by drought, with TSMC bringing water in trucks. Other producers have faced disasters, with a major fire halting production at Japan’s Renesas facility and freezing conditions stopping manufacturing in Texas.

Other reasons impacting supply hold-ups range from the container ship blocking the Suez Canal to Brexit.

Microchips are largely manufactured in Asia, including Taiwan, China, Japan, the Philippines, Thailand, Vietnam and Malaysia, although the know-how largely comes from the US. The US is keen to manufacture more microchips at home and is engaging with  TSMC to build a plant in Phoenix, Arizona costing up to $12B.

In March, the European Commission set out a plan to grow its share of the global microchip market to 20 per cent by 2030. The German car sector is lobbying hard for this as the most important producer in the EU’s economy.

This would put the UK in a potentially weaker position. There is also concern about Newport Wafer Fab, a UK microchip manufacturer in South Wales, which has been purchased by China’s Nexperia. There has been anger that the business, which had received state funding, was allowed to be sold off.

The following summarises how the microchip shortage is impacting some motor brands.

Toyota said it would cut worldwide vehicle production by 40 per cent in September. It had planned to make almost 900,000 cars but will now produce 540,000 vehicles.

Jaguar LandRover is thought to be one of the worst affected because its luxury cars contain more microchips. It has predicted a 50 per cent fall in sales for the next quarter and told leasing companies that lead times for some of its models are now over a year.

Daimler said Mercedes-Benz production has reduced at three plants in Germany and temporarily halted in Hungary because of the microchip shortage.

BMW-owned Mini paused production for several days in April because of the microchip shortage.

Volkswagen has not released any details other than saying it expects this quarter to be ‘very volatile and tight’ because of the microchip shortage.

Stellantis, which includes Vauxhall, Citroen, Peugeot, Jeep and Chrysler, will cut production by 1.4 million during 2021 and to date, some eight of its 44 global plants have been affected by the temporary closure.

Company Debt director, Simon Renshaw, said: “It’s a concern that the fall in vehicle sales is holding back economic recovery. The situation is extremely serious and will have knock-on effects on smaller companies involved in the supply chain, such as dealerships and leasing companies. It has also raised the issue of ‘microchip security’ and highlighted the need for innovation—Tesla, through proprietary software development, has been less impacted, for example.

“But, microchips are not all about the motor market and Goldman Sachs analysis found that the shortage affects some 169 other industries.

“What is more, a shortage of technology is also preventing some employees from returning to their offices. Although we are seeing the supply situation improving, I expect to see the fallout from this microchip crisis continue, well into next year.” 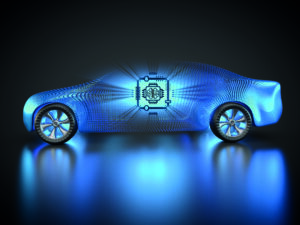 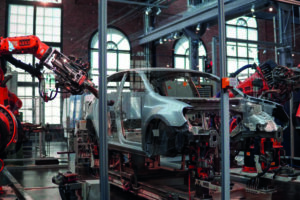