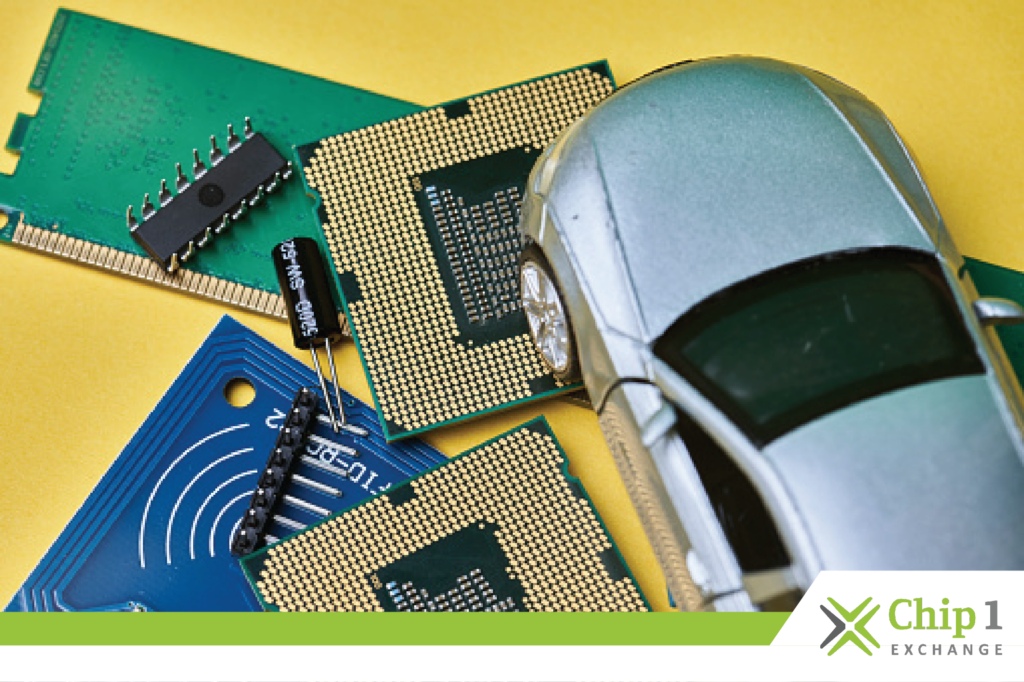 On January 29, 1886, German mechanical engineer, Carl Benz, applied for a patent for his invention, a vehicle powered by a gas engine, becoming the first of many automobiles this civilization was fated to innovate. The Benz patented three-wheeled motor car with a single cylinder and topped at a measly 10 miles per hour became the blueprint for further developments that led to the modern automobiles the world enjoys today.

The future for the automotive sector is looking very bright indeed as more and more parts of vehicles are now electronically controlled or monitored. Today, modern-day cars sport many features like all-wheel drives, navigation tools and sensors, in-car entertainment, braking systems, and even self-driving capabilities. Qualcomm’s quest to digitally transform the automobile during CES 2022 earlier this year is any indication.

Of course, as vehicles start to shift towards being smarter and away from internal combustion, the number of electronics in a car will inevitably grow. How many chips are in our vehicles?

Estimates say that there are roughly around 1,000+ chips in a non-electric vehicle and twice as much in an electric one. Imagine a PC or a mobile phone. The chips in those devices are significantly less than in a car.

Why the need for all those chips?

A modern car uses several electronic modules that control various features that an automobile may have. Simply put, a car today cannot run without any microchips. While car manufacturers work with chip makers like Qualcomm to develop more innovations to bring about the digital chassis, the number of chips needed will surely increase.

To control, monitor, and manage the myriad of systems in a car, manufacturers spend a lot of engineering development in the ECUs or Electronic Control Units. These ECUs comprise a mini-computer meant to control a very specific function in a car and usually has their dedicated chip that runs its software or firmware. These mini systems receive inputs from various parts of a vehicle, depending on its overall function, through the use of various types of sensors, actuators, and switches. These are powered up and sometimes may require data connections to function correctly.

Of course, these are simply a top view of the electronics inside an average vehicle today. Each ECU module will house several chips and an average car will probably have close to 100 individual modules, all of which need to be wired up appropriately. This means inter modular data processing will be more efficient if done separately rather than controlled by a single processor. Pair this with the migration toward Electric Vehicles (EV), and the number of chips in a car easily doubles, not to mention the rise of smarter cars.

Below is a snapshot of some of these ECUs.

There are several ECUs dedicated to safety alone. Considering that lives are at stake should any of these features fail to kick in when needed, precision and reliability are a must for any automotive ECU, even more so for safety features.

These modules control airbags, parking assistance, collision avoidance, power locks, breaking assistance, tire pressure monitoring, and traction control. An ECU dedicated to collision avoidance, for example, would monitor the proximity around the car to warn the driver and help avoid or significantly reduce the risk that comes with a collision, especially vital in self-driving cars. The ECU dedicated to airbags will facilitate the deployment once a crash is detected. The precise deployment timing could spell either life or death for the passenger.

ECUs for security and access include door locks, keyless entry, and alarm systems, to name a few, which are also dedicated to securing the vehicle and the passengers inside. Keyless ignition features are already starting to replace the regular car key fobs, and this comes with an ECU dedicated to facilitating this function.

To keep the car running at optimum levels, many systems are in place to control and monitor the powertrain and electrical systems, such as the engine, fuel injection systems, hybrid-electric control, transmission control, start, lighting systems, and vehicular diagnostic systems. These systems are vital in ensuring a vehicle can function safely and consistently. An electric car will inherently have a different powertrain system than an internal combustion engine. One that is simpler but still requires an ECU for monitoring and control. Electrical ECU modules in this category are responsible for distributing power to all the other modules within the vehicle. Think of these as the vehicle’s cardiovascular system, one that pumps blood and distributes it throughout the rest of the body.

Riding in comfort is always an important selling point in a car. Basics include window/mirror controls, seat heating, control, climate control, etc. Pair that with in-car infotainment systems such as audio/video control systems, driver displays, and even navigation. These systems comprise the interfaces such as the traditional button panel or the more modern touch screen display and voice-activated commands. Integrated head units are now mostly touch screens that serve as the central controller for infotainment systems.

Other modern cars now have an active Heads Up Display (HUD) that displays the vehicle’s real-time information on a transparent screen located on the dashboard meant to help reduce driver distractions by looking too far away from the road. Some premium features can include multiple displays that will require high-end Digital Signal Processors (DSP chips) and Graphical Processing Units (GPU).

Connecting a vehicle to the world wide web opens up many new possibilities for what the digital chassis of tomorrow may look like. A CAN (Controller Area Network) protocol helps standardize communication within a vehicle, allowing systems and devices to communicate with one another. Other connectivity options include GPS, Wi-Fi, Bluetooth and Over-the-air software updates, all controlled by dedicated ECUs.

The shortage and the automotive industry

It is no secret how badly the chip shortage has affected the automotive industry. All car manufacturers have experienced production delays, factory shutdowns due to COVID, and supply issues. For example, some, like General Motors, have started building their models with missing features that can be retroactively installed once the supply is available. In late 2021, GM stopped temporarily offering heated seating in their 2022 models to keep up with demand.

Similarly, many other manufacturers like Mercedes-Benz and Volkswagen have taken measures to mitigate the effects of the shortage. Due to this, consumers found it more difficult to purchase new vehicles as car dealers had limited stocks available with new models still delayed in production and scarce in availability.

While Western car makers were adversely affected by the shortage, Japanese carmaker Toyota suffered less. Due to smart planning and stockpiling of chips, Toyota’s production in North America had excellent yields at 90% capacity in 2021, despite the shortage.

With the sheer amount of chips needed in today’s cars, it’s easy to determine why the shortage crippled car manufacturers over the past few years. Sometime in the early 2000s, the electronics in a car constituted roughly 18% of the entire cost. By 2020, electronics now comprise 40% of the car’s cost, and forecasts say it will jump up to 45% in 2030. However, the chips used in the automotive sector are also different from those used in consumer electronics. Automotive-grade chips must maintain functionality and reliability in more extreme conditions than their consumer counterparts. Temperature ranges in a vehicle are higher, lifecycles are longer, and have low failure rates. All a must to pass the automotive standards for chips.

As chipmakers struggle to meet demand by increasing production capacity, many analysts still see this shortage persisting until 2023, exacerbated by growing tensions in some parts of the globe. Some experts advise pre-ordering at least a year ahead, should there be any foreseeable vehicular requirements. Surely, this volatile mixture of managing COVID-19 and ongoing political wars makes the horizon seem hazy.