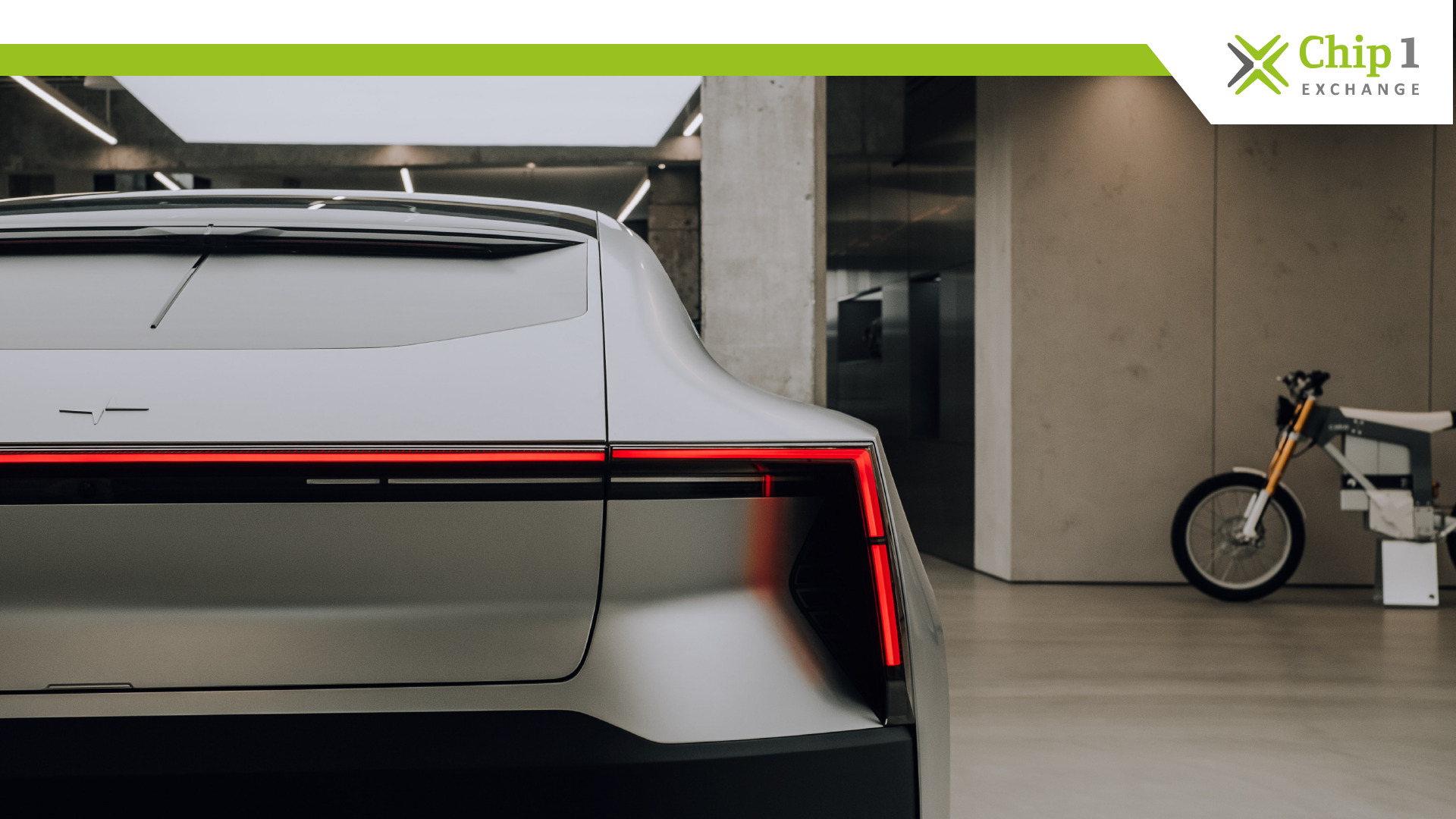 The future is electric. Our vehicles will soon be less reliant on fossil fuels in response to the world’s need to lessen its carbon footprint. Global warming is knocking on our very doors, and this is one response to it. Many countries pledged to help alleviate the carbon load across several industries during COP26, a UN climate summit held in 2021, by gradually phasing down coal and fossil fuel subsidies and other global climate issues such as deforestation and cutting methane emissions. Several countries, cities, governments, and automotive companies have agreed to have zero emission on all new cars and vans sold by 2035 in leading markets and 2040 globally.

It will be a long road ahead to replace all combustion-based vehicles globally with fully electric ones completely. Today, EV global shipments are seen to hit a high of 6.3 million units sold by the end of 2022, a 34% increase from 2021, despite the ongoing chip shortage. An increase is attributed to the many new regulations and tax incentives many countries have started to adopt to entice more users to take the plunge into EVs.

What exactly differentiates an electric vehicle from the traditionally fuel-based one? Roughly 70% of an EV’s components may differ from its gasoline-powered counterpart. This paints how vastly different each operates despite having many common functions. A critical difference between an electric vehicle and a gasoline-powered one is how the vehicle generates power. Traditionally, a regular vehicle would employ internal combustion engines (ICE) to generate heat by burning fuel. An electric vehicle runs particularly on electricity coming from a battery supplied to a motor to propel the car forward.

Let’s look at the number of moving parts. An electric vehicle will have just one – the motor. In contrast, gasoline-powered vehicles would easily have hundreds of moving parts. The more moving parts a piece of equipment has, the more periodic maintenance has to be done.

Traditional vehicles running on gasoline typically require maintenance such as frequent oil changes, filter replacement, etc. These maintenance costs will add up throughout the years and the normal wear and tear. However, an electric vehicle’s maintenance cost is considerably lower than its gasoline-powered predecessor because it has fewer moving parts.

An EV is a long-term investment compared to its fuel-based predecessor. Although electric cars tend to be more expensive upon purchase, lower maintenance costs and lower long-term fuel costs are valid points to consider. However, the cost to repair an electric vehicle could be higher at times which could also bump up the insurance premiums. Since this is still a budding industry, innovations and solutions on the EV front could eventually lower those costs.

Of course, fuel economy will be significantly different between an EV and a gasoline­powered vehicle. This is simply because hybrid electric vehicles run primarily on electricity while gasoline-powered vehicles are entirely on it. Depending on which type of hybrid vehicle a consumer purchases, they can enjoy variances in fuel economy. Once consumers decide to go fully electric, though, fuel consumption flattens out into a complete zero.

At the moment, there are three variants of EVs: battery-electric vehicles (BEV). plug-in hybrids (PHEV), and hybrid electric (HEV). These three variants are classified by how much each relies on electricity to power up the vehicle. Let’s look at each one.

This electric vehicle is fully electric, which means that it no longer requires an internal combustion engine and is wholly reliant on a rechargeable battery. Since this variant is fully electric, the user has to consider the battery capacity, the distance to be traveled, and the charging options available. A distinct feature of a BEV is how quiet it is compared to the usual gasoline-powered vehicles. Unfortunately, these vehicles tend to have a driving range between 100 to 300 miles before recharging. Thus, taking long drives means mapping out charging stops too. However, as battery technologies are innovating, this may improve down the line.

The term hybrid represents the presence of both an electric battery to power up the car and an internal combustion engine. In short, the PHEV runs on a mix of both electric and gasoline power. It also uses a regenerative braking system that allows the car to generate additional energy when stopping. This energy is stored in a medium-sized battery that will require drivers to plug in for recharging at home or through designated charging stations.

The PHEV is a good transition heading towards fully electric, especially for those areas that don’t have the infrastructure to support EV charging fully. Batteries for these vehicles are usually smaller; thus, the range of travel running on just electric power is also smaller. Once the electric battery has depleted its power reserves, the gas engine will kick in and operate for as long as the vehicle has fuel, just as any other gas-powered vehicle would.

Finally, we have the Hybrid electric vehicle or HEV. This hybrid variant houses an electric battery but does not need to be plugged in to be recharged; instead, the HEV recharges its battery. It starts by using the battery to run for a time while in the speed range of l5-20mph and then switches over to the combustion engine once you start going faster. At this point, the combustion engine powers up the battery and also uses a regenerative braking system to process more power for the battery.

Out of the three EV types, this is the closest to the traditional gasoline-powered vehicle. As expected, the HEV is also the least fuel efficient among the three due to its heavy reliance on the combustion engine, but still better than a fully fuel-dependent one.

The pros and cons of going electric

Today, traffic and vehicular congestion, especially in major cities, are already synonymous with the pollution and smog caused by the millions of internal combustion engines on our roads. Automobile consumers are becoming more and more environmentally conscious, going “green,” so to speak. Since electric vehicles help lowerour carbon emissions, owning one to replace our gasoline-powered cars is starting to make more sense. What are the advantages and disadvantages of going electric?

There are many benefits to going electric. These include lower maintenance costs, better fuel efficiency and performance, tax benefits for some countries, and a greener option. Whether one chooses to go fully electric or the hybrid route, the benefits are clearly defined.

At the same time, though, there are some disadvantages still. Due to EVs being somewhat new, the prices to purchase one are still relatively high. This is a common factor that affects EV sales. In response to this hesitation, some governments have started offering tax benefits for people who choose to do so.

For lesser developed nations, the infrastructure may be a significant factor hindering the adoption of electric vehicles. Countries that do not have an efficient mass transit system will mean longer drives for logistics and travel. Driving with an EV means managing the power the battery holds. Depending on the make and model, some manufacturers can stretch up to 300 miles on a full charge. Therefore, the need for charging stations located on strategic highways and thoroughfares are needed to be set up. Although PHEVs can be charged at home, it is cheaper to charge through charging stations, but it will also be necessary for longer drives. Unfortunately, an EV’s driving range will always be a considerable disadvantage. Until EV battery technology can innovate, this will be a common complaint amongst EV users.

Charging time is also still lengthy. Unlike a traditional vehicle, a driver can fill up a gas tank in minutes. An EV, however, typically takes 35 minutes to an hour to get to approximately 80% of charge through charging stations that offer fast charging. Charging at home will typically take 6-8 hours. Although an EV user will save on fuel prices, part of that saved cost goes into paying for the add-on electricity used to charge up an EV.

Although many car manufacturers are beginning to offer electric variants of their vehicles, the options are still limited compared to a regular gasoline-powered automobile.

How it’s going so far

A good number of ASEAN countries have taken steps toward adopting EVs, though many are still facing many challenges before fully rolling out. In a report by RE Global, countries like Indonesia share plans to become an EV manufacturing hub by 2025, aiming to export an estimated 200,000 cars. Locally, they already have sales of electric motorcycles and passenger vehicles and at least 20 charging stations run by state owned company, PT Perusahaan Listrik Negara.

Malaysia is currently re-examining its EV policy in a bid to come up with a viable framework. Even if current sales are still slow, they are looking to develop 1,000 charging stations by 2025 in preparation for the influx of EV adoption by Malay consumers.

The Philippines, a country also troubled by extreme traffic and overpopulation of vehicles on the road, have only just begun adopting EV technology through its jeepneys, the local transport of choice, and e-tricycles, another public utility transport option for shorter distances. As of 2018, the Philippines logged in only about 7,000 registered EVs. Estimations claim to see a growth of 200,000 vehicles by 2024. For the local infrastructure, only about 19 charging stations are built, most of which are on the main island of Luzon.

On the other hand, Singapore is more aggressive in adopting EVs by fully phasing out internal combustion engines (ICE) by 2040. The Singaporean government provides more incentives for Singaporean drivers to migrate to EVs and halts the issuance of licenses for diesel-powered vehicles starting in 2025.

Thailand is also a country boasting nearly 3,000 EV registrations in 2020, half of which were new car sales. They estimate roughly l.2 million EVs to be manufactured and have 690 charging stations built by 2036.

Electric will indeed be our future, sooner rather than later. Although the ASEAN adoption rate is slower compared to Europe and Americas, there’s no stopping this trend.

Are you going green with your next car purchase?