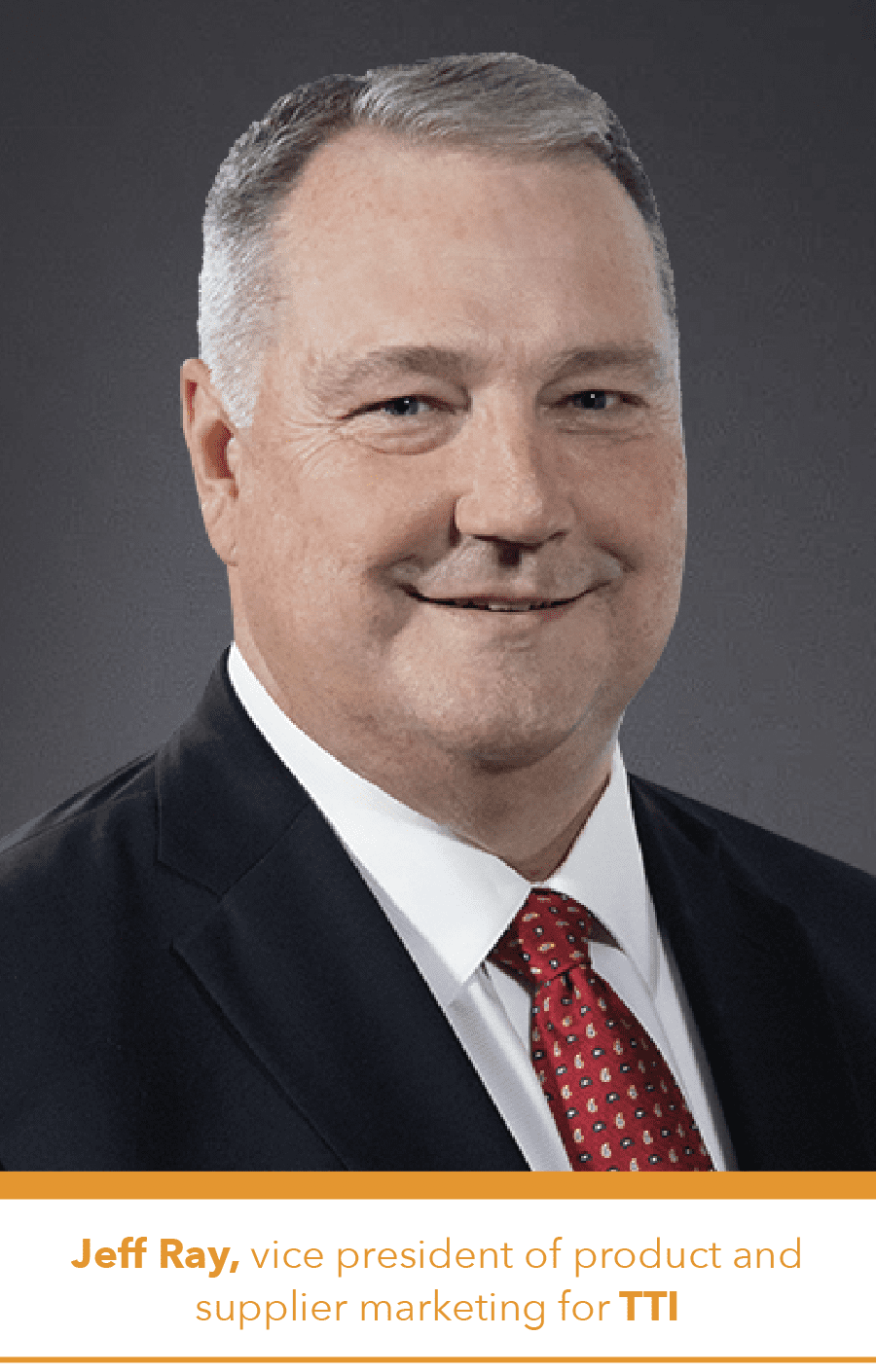 The good news is that supply conditions will not worsen to 2018 levels when many multilayer ceramic capacitors went on allocation.

Purchasers can expect supply of multiplayer ceramic capacitors (MLCCs) to be ample in the first half of the year, but supply will likely tighten and lead times could stretch in the third and fourth quarters as demand builds through the year, according to component manufacturers and distributors.

Some industry analysts say supply could even tighten before the second half because higher-than-usual inventory levels are being worked off and demand from key market segments such as smart phones and automotive is expected to rise. Some distributors say there is a possibility of allocations for some parts later in the year, but the MLCC supply scenario won’t devolve into 2018 levels when lead times time stretched to 30+ weeks and parts were on allocation.

Capacitor manufacturers have been adding capacity since 2017 and, while lead times for many parts could stretch, allocations for most parts, are not likely. However, it is unclear what the MLCC scenario will be and if buying conditions will turn from being a buyer’s market to a seller’s market. One thing is for sure. The MLCC market will be different in 2020 than it was in 2019.

Last year was ‘a correction’ year for MLCCs, said Roberto Salazar, business manager for capacitor manufacturer AVX when there were fewer orders placed with MLCC manufacturers. “It’s hard to say how much underlying demand grew last year because of high inventory levels that we had to deal with as a result of the shortage of 2018,” said Salazar.

When the shortage hit, manufacturers increased prices after years of falling to flat tags. Capacitor manufacturers took some of their new-found profits and invested in new capacity to boost supply. For instance, AVX bought new equipment for its capacitor factories and built a new facility for MLCCs, said Salazar.

However, as capacity began to come online, many companies had built up inventories and fewer orders were placed for MLCCs in 2019 with component manufacturers and distributors. 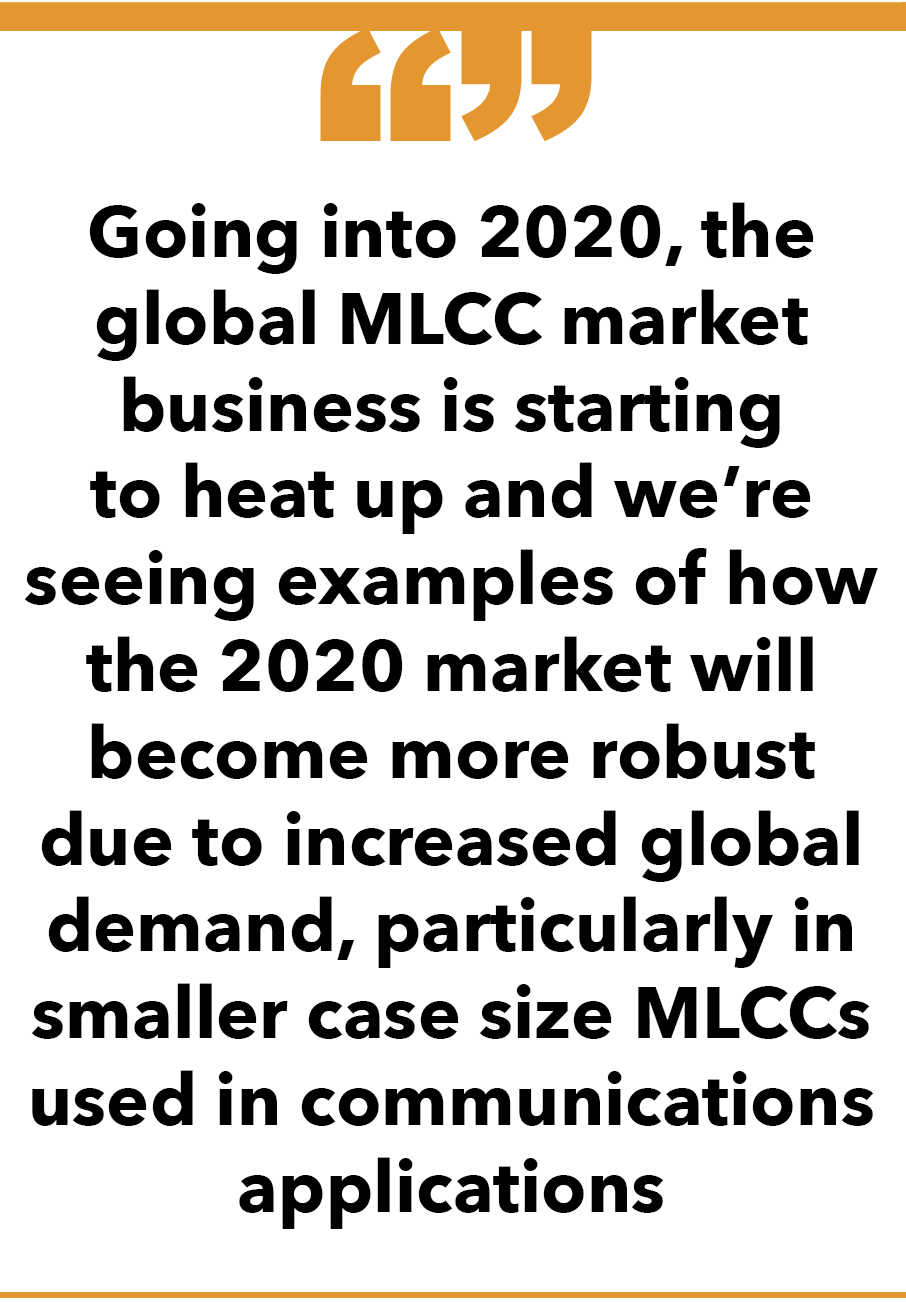 MLCC usage increased
Salazar said AVX shipped fewer MLCCs in 2019 than 2018, “but we feel the actual usage of MLCCs actually grew.” The parts that were used were from inventories at OEMs, EMS providers and distributors.

He said that in 2018, because of tight supply and allocations, buyers at many companies ordered large number of parts that they did not need. Rather than return the components, they held onto them and slowly worked through inventory in 2019.

Usually, OEMs and EMS providers “keep lean inventories,” said Salazar. However, because there was an unprecedented shortage of MLCCs, companies built up their inventory so they had the parts on hands rather than risk a line shut down over a part that costs less than a penny.

“Going into 2020, the global MLCC market business is starting to heat up and we’re seeing examples of how the 2020 market will become more robust due to increased global demand, particularly in smaller case size MLCCs used in communications applications,” said Jeff Ray, vice president of product and supplier marketing for TTI. While MLCC demand is increasing, pricing has remained flat, according to Ray. “Manufacturers have been slow to react to price corrections during the 2019 lull period, likely due to foreseeable near-term upticks in the overall market,” he said.

While lead times for most MLCCs have been reduced “across the board,” some have started to inch upward because of increased demand in the Asian communications sector, according to Ray.

He said many MLCC manufacturers added capacity in 2018 and 2019, but some reduced their workforces due to lower market demand and lead times for some MLCCs in 0201 and 0402 cases sizes have seen increased lead times. While larger case size MLCC lead times are still extended, they have been stable over several quarters, according to Ray. 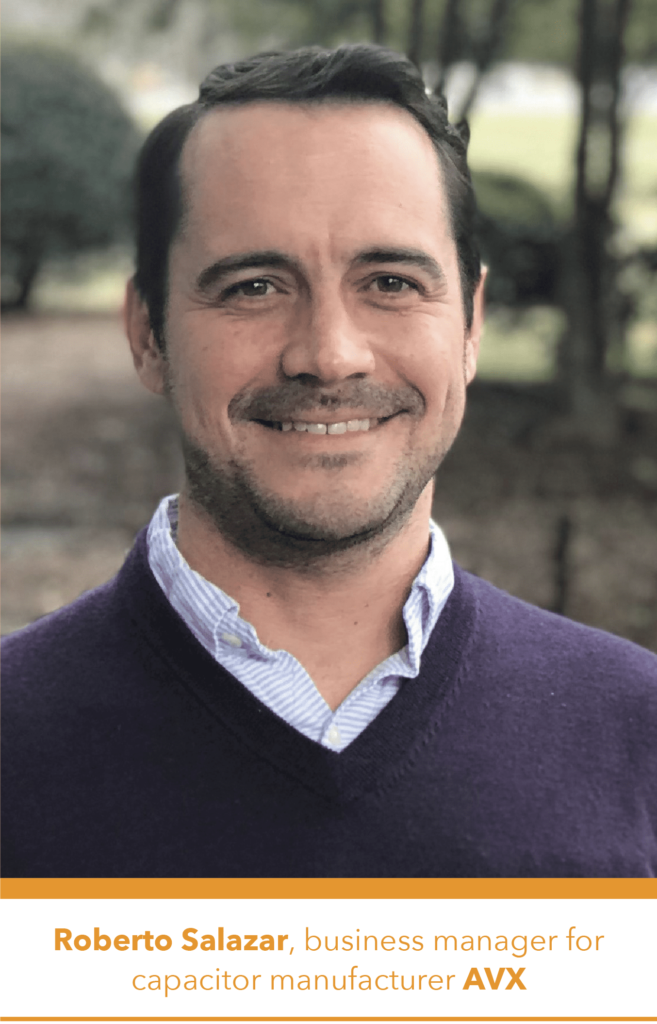 Lead times will stretch
He added that MLCC demand will increase in the second half and lead times for MLCCs could stretch.

Some capacitor manufacturers and distributors think strong demand for MLCCs could kick in later in the second half and continue through 2021 because OEMs and EMS providers cut back on purchases last year because of high inventories. In addition, MLCC demand is likely to increase from key large volume customer segments including smart phones and automotive systems.

The return of robust demand for MLCCs could mean allocations in late 2020 once inventories are worked through and companies need to buy more parts including MLCCs in the second half.

“MLCCs will be a problem as we go through the year,” said Mark Burr-Lonnon, senior vice president, Europe, Middle East, Asia and global service at Mouser Electronics. “ It’s going to be a messy year” for MLCCs, he said. Business will be relatively flat in the first half but I think in the third and fourth quarters allocations will hit. “Most people are thinking there will be some type of allocation of MLCCs at some point in 2020,” said Burr-Lonnon.

He said many MLCC manufacturers added capacity in 2018 and 2019, but some reduced their workforces due to lower market demand and lead times for some MLCCs in 0201 and 0402 cases sizes increased. Mobile phone service providers are building out 5G networks and consumer demand for new 5G handsets will likely increase towards the end of the year. Industry analysts say many consumers have been holding off upgrading their phones until 5G networks are widely available. Once 5G handset demand builds, there will be a surge in demand for MLCCs. Each handset has hundreds of MLCCs. In fact, the iPhone X has 1,000 MLCCs.

The automotive industry is also a huge user of MLCCs. As more and more car models are equipped with more sophisticated electronic systems such as advanced driver assistance systems, demand for MLCCs from automakers will rise. The traditional gasoline powered car has about 2,000 MLCCs, while high-end electric vehicle may use 10,000 MLCCs.

Automotive accounts for 25 to 30 per cent of MLCC business for some capacitor manufacturers. Demand for MLCCs will also grow from aerospace and defense, electronics, industrial IoT, consumer electronics, smart homes and buildings, and smart manufacturing facilities, according to researcher Frost & Sullivan. In fact, Frost Sullivan says the number of MLCCs is increasing significantly in every electronics application segment. 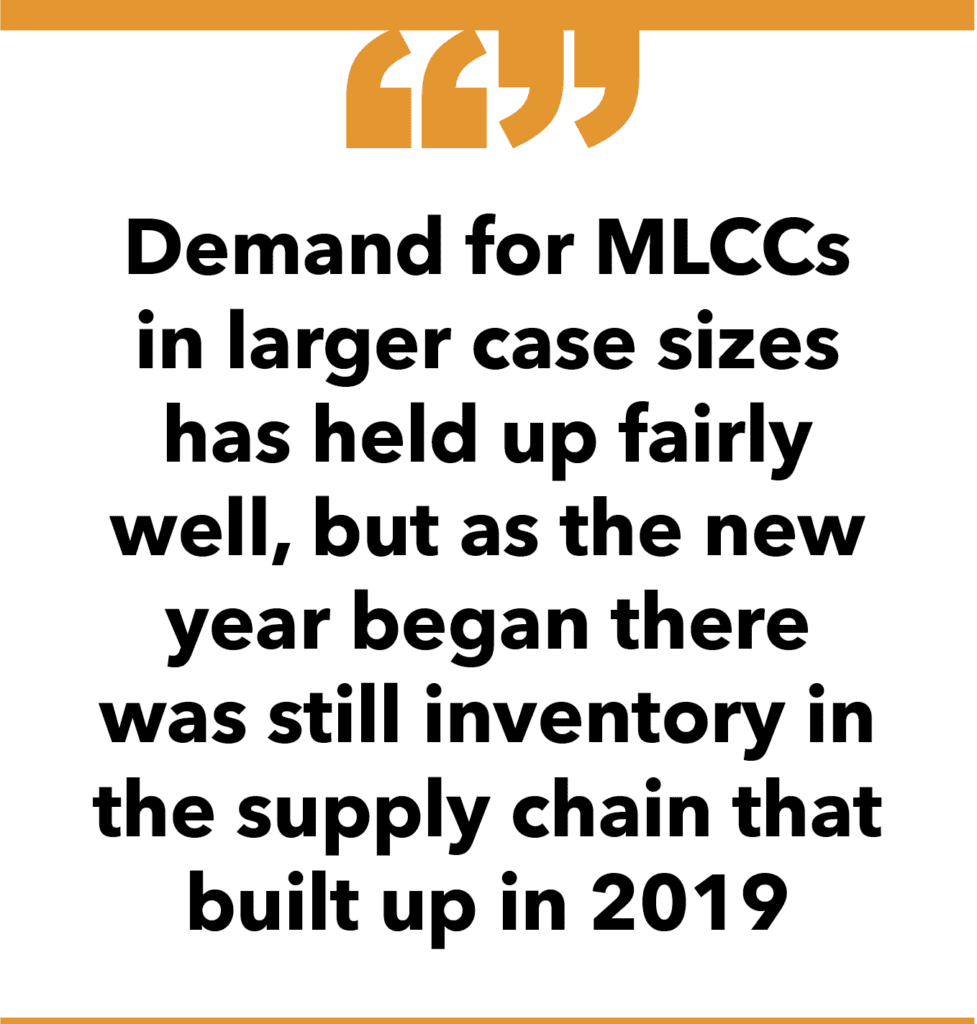 Will capacity be added?
While demand for MLCCs will rise, it does not necessarily mean that component manufacturers will be aggressive about adding new capacity to meet rising demand. Capacitor manufacturers are careful about boosting capacity because of the capital cost, the researcher said.

When capacitor manufacturers do decide to increase production capacity, most will invest in manufacturing facilities that make capacitors in small case sizes rather than larger sizes. Larger case sizes are often used in equipment that has very long lifecycles such as industrial equipment. Demand is much stronger for smaller case size MLCCs used in smart phones and consumer electronics equipment.

In the first half of 2020, it is not likely that new capacity will be needed for large case size capacitors. Dave Valletta, executive vice president of worldwide sales for Vishay Intertechnology, said demand for MLCCs in larger case sizes has held up “fairly well, but as the new year began there was still inventory in the supply chain that built up in 2019. Vishay only makes MLCCs in larger case sizes including as 0603, 0805, 1206, 1812, 1825, 2225 and 3640.

Valletta says many capacitor manufacturers have stopped making larger case sizes because “when you’re a major commodity producer it just doesn’t make sense to invest in smaller product lines.” He added that large case size MLCCs are a “healthy niche” business for Vishay.

Valletta said that while many capacitor manufacturers have exited the large case size MLCC business, there will always be demand for them. Large case size MLCCs are used in equipment that has long lifecycles such as medical, telecommunications, and industrial equipment.

“When you need a more stable dielectric and higher voltage rating with a decent capacitance, a larger size ceramic will always be needed,” he said. 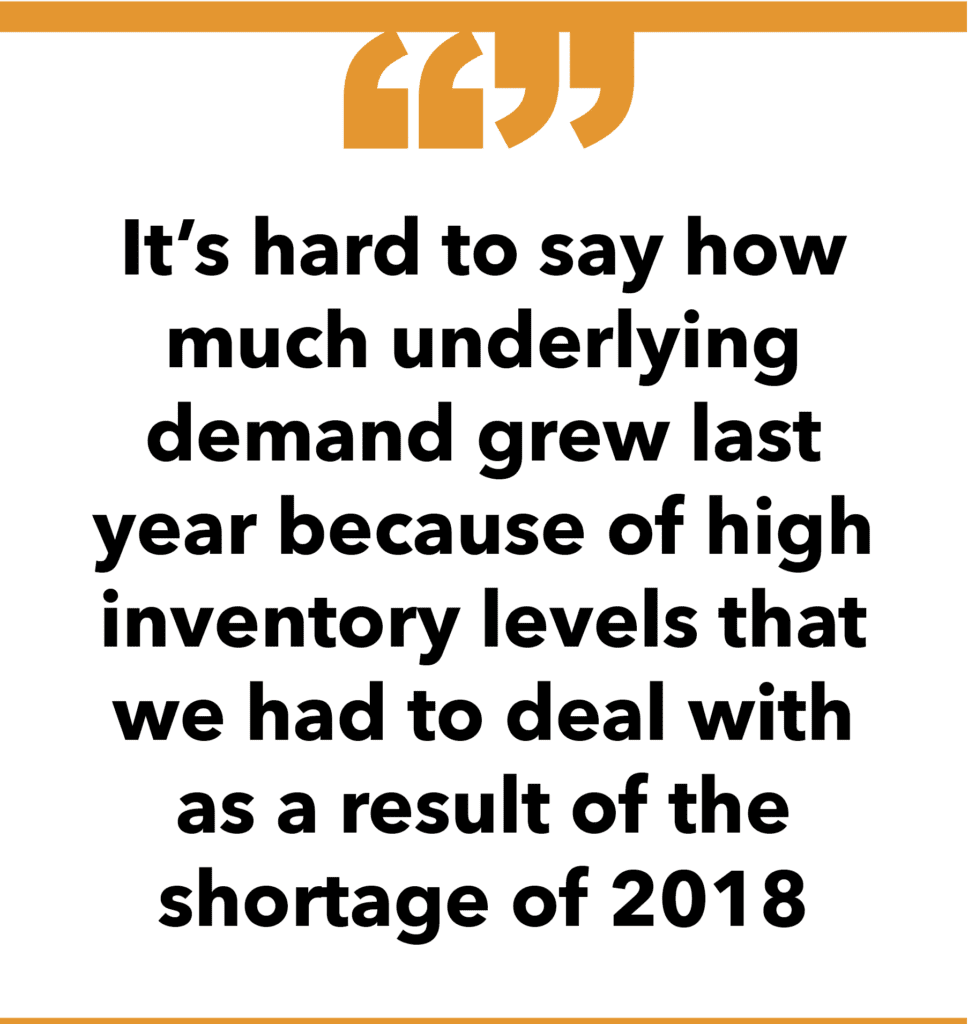 No serious issues
Valletta said he did not expect any serious supply issues with MLCCs in larger case sizes in 2020. “We will see continued inventory depletion in the first quarter and the market will pick up a little bit,” he said.

AVX is another capacitor manufacturer that builds MLCCs in larger case sizes, although it also makes small case size capacitors as well. “We offer the entire range of capacitors,” said Salazar. “We recognize that there are a lot of requirements out there for smaller case sizes and smaller voltages and we make them as well,” he said.

However, the “sweet spot” for AVX’s business is with three markets: automotive, industrial and networking infrastructure equipment although it also services defense, aerospace, medical OEMs. Networking infrastructure and industrial equipment needs MLCCs in larger case sizes. “They have certain voltage requirements that need to be met and higher voltage than consumer voltages,”
said Salazar.

Salazar said automotive is the fastest-growing market for MLCCs as the number of MLCCs in vehicles continues to rise exponentially because more vehicles are equipped with sophisticated infotainment and safety systems. Autonomous cars and electric vehicles will also contribute to MLCC demand. Electric cars in the future will have thousands of MLCCs so even if vehicle sales stay flat, demand for MLCCs by automakers will continue
to rise.

In the long term, the biggest driver for MLCC growth will be 5G technology, said Salazar. MLCCs are used in 5G infrastructure and handsets, but the technology will result in new products being designed and built that will take advantage of 5G’s bandwidth and speed. Salazar said AVX’s supplies MLCCs for 5G networks, but “we have only scratched the surface with 5G.”

Salazar said besides 5G, buyers should keep apprised of the miniaturization trend with MLCCs. While miniaturization is not new in the electronics industry, the size of MLCCs continues to shrink as capacitor manufacturers find ways to deliver more functionality in a
smaller package.

“From a manufacturing standpoint if you downsize it is more efficient because you make more parts with the same resources. There are marketable incentives to downsize,” said Salazar. But there are challenges for customers with miniaturization. OEMs and EMS providers often “don’t have the ability to place such small parts on boards because the parts can’t be seen naked eye” he said.