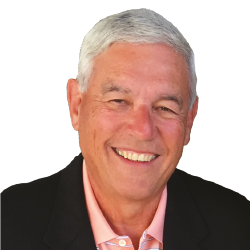 John Denslinger explores a decade of falling dominoes, each impacting the supply chain and driving manufacturers to explore significant changes to their global strategies.

A domino effect is produced when one event sets off a chain of similar events. This is easily understandable if you visualise a falling row of dominoes. Its clear global manufacturing did not escape the domino effect. For more than two decades, manufacturers and their supply partners enjoyed relative stability in their current locations, but a series of events may be threatening that baseline. There are solutions, but first the dominoes.

Perhaps the first domino to fall was the oil shock of 2008 which actually continued through 2014. China had deservedly earned the title ‘factory of the world’ and was heavily relied upon to supply the American market. When oil prices skyrocketed, fuel costs soared. The shock was sudden and substantial. Margins were pinched yet companies opted not to shift production elsewhere.

A few years later, a newly elected administration under President Trump sought to renegotiate long-standing multi-lateral trade treaties and completely exit TPP discussions. Instead, bi-lateral trade deals were signed with South Korea, Japan, Singapore, China (Phase 1) and others. In the Americas, USMCA replaced NAFTA. On the surface, those actions were good for US balance of trade and domestic job creation. For the manufacturer it was one more domino to fall, but somewhat muted as large company lobbyists could influence beneficial terms.

During this same period, trade wars broke out triggered by US tariffs on a variety of goods and critical raw materials. Perhaps it was a necessary catalyst to trade deals, but for the manufacturer it added a new level of unpredictability. Threats of retaliation by China, the EU bloc and our NAFTA trading partners compounded the risk. To this day, the tariff battle remains unresolved. Unfortunately, there is no tariff-free haven. Another domino down.

Next are the geopolitical tensions that have intensified more recently. Saber-rattling in the South China Sea, North Korea, Russia and Middle East seems commonplace and dangerous. Economic disruption is only one misstep away. And then there is the stalled Brexit negotiations about to take the UK and EU over a cliff. Manufacturers are right to worry about supply continuity in such contentious environments. No option here but to hope clear thinking prevails. Domino down.

The last domino in the chain of events is Covid-19. According to a UN Statistics report, The World’s Manufacturing Output, US manufacturing output is pegged at $2.3T ranking substantially behind China’s $3.9T. The interesting note to me is that the US also spent $2.3T to date on economic stimulus programs in response to coronavirus per the International Monetary Fund. That means we, as a country, spent the equivalent of our total manufacturing output. That is an incredible amount and the recovery far from certain. The last domino just fell.

There are options and solutions. In a February 2020 article A Manufacturing Strategy Built for Trade Instability BCG suggested: ‘companies should adopt a regional approach to their manufacturing and supply chain footprints rather than locating all of their production in a handful of low-cost countries’. However, if low cost is preferred over regionalisation, companies can study BCG’s global manufacturing cost competiveness index (it tracks factory wages, productivity growth, exchange rates and energy costs) which identified 16 countries competitive with China. The US-China Business Council lists Mexico and Thailand as the most popular destination for those shifting production out of China. Of course, you may not have a choice at all if the Defense Production Act is invoked in your industry.

No location is devoid of risk. Study your options and plan ahead. More dominoes will surely fall.