Mike Morton, CEO of TTI, Inc., reflects on the company’s 50th anniversary and how hard work grew a small business into a global industry stalwart

Over a span of 50 years, Paul Andrews built TTI on hard work, strong partnerships and a simple axiom: Do what you say you’ll do.

We were heartbroken when Paul passed away unexpectedly in February, just as we were beginning to celebrate the company’s 50th anniversary. We said goodbye, too soon, to a man we knew as a leader, a mentor and a friend.

Many have heard the story of how Paul founded the business that became TTI at his kitchen table in Fort Worth, Texas in 1971. Before that, while working for General Dynamics in a purchasing role, Paul built a reputation for honesty and integrity. Those who worked with him respected him because he worked hard to keep his commitments and deliver what he promised.

But at the age of 28, and after being married for only four months, Paul was one of many people laid off from General Dynamics as the industry went through a downturn. Even so, Paul knew that he had the market knowledge of passive components that could help companies avoid downtime. He also understood a buyer’s role to help him continue building strong relationships.

Without loans or funding, and without an office of his own, Paul started his business selling those specialized components. That business grew over the next four years into TTI, a franchised components distributor with over $1 million in annual sales by 1975.

At the heart of all the successes that followed in the decades afterward was a work ethic that set the tone and example for TTI’s employees. Many of our employees, including myself, have been with the company for decades and have grown in roles and responsibilities along the way.

The work ethic that built TTI can be summed up in a simple phrase he quoted often: “If a task is once begun, never leave it till it’s done. Be the labor great or small, do it well or not at all.”

Paul’s lesson to each of us is to follow through on the promises we make. Through lean times and success, these weren’t just words he said. They were a philosophy he lived by, and it was evident in the decisions he and his company made.

Today, we are all facing new global challenges—not only electronic components distributors, but the customers we serve. While we celebrate our growth and success, we also carry on doing what Paul Andrews did to bring us here. Each day, our people help deliver the parts that keep the world’s industries running. Many of these components are quite literally saving lives in medical devices and other critical designs.

Technology is changing. The world is changing. Sometimes those are changes for the better, and other times they are changes that disrupt the world we live in. But the value of hard work, honesty and integrity do not change. These are the principles that let relationships and businesses not only profit but stand the test of time. 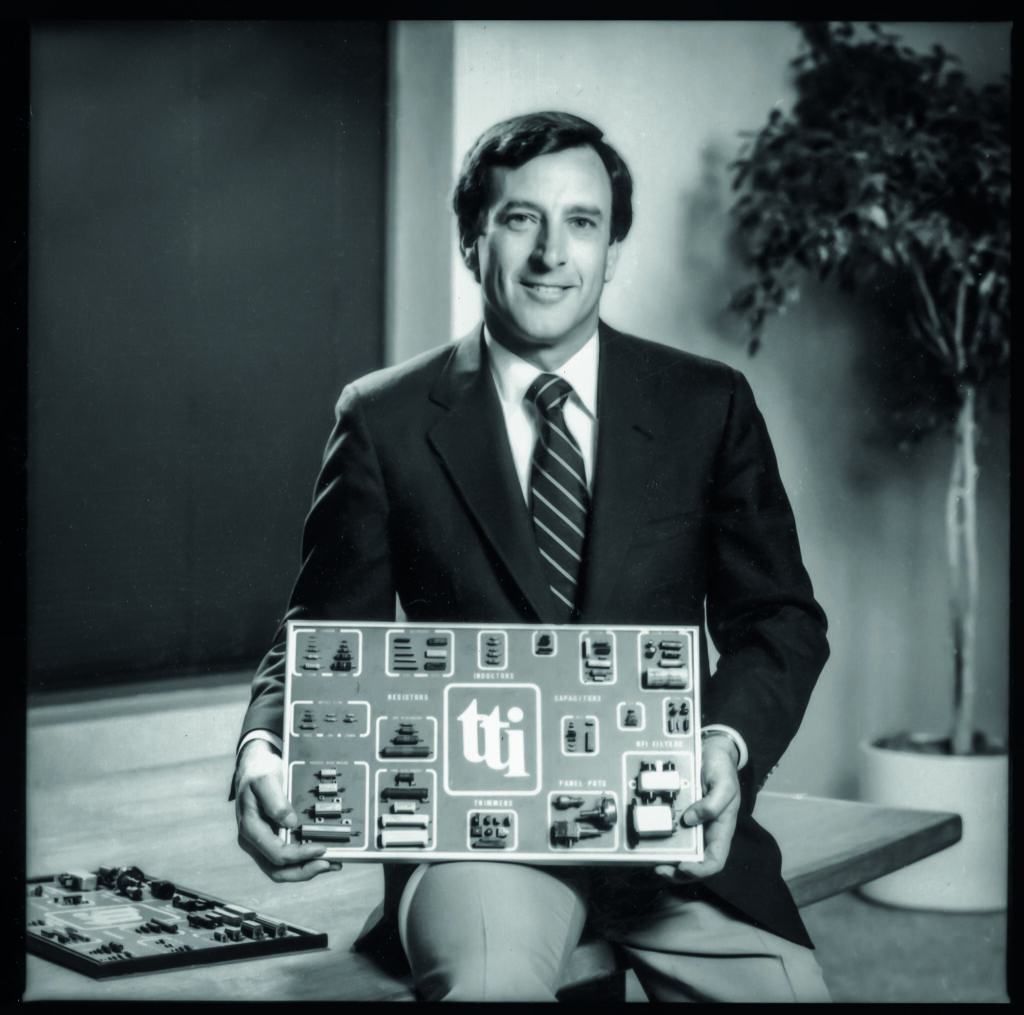