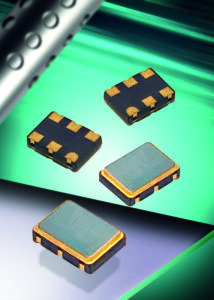 Euroquartz imagines a near future where the frequency sector experiences a significant reset, leading to the formation of new supply chains

For years the drive to force down crystal and oscillator prices has been all consuming. Factories in Asia have played their part driving down costs, often at the expense of profitability. As a small scale crystal and oscillator manufacturer, Euroquartz has long suspected this was unsustainable and eventually prices would rise to ensure manufacturers remained in business.

The Chinese business model has focussed almost exclusively on turnover and foreign exchange payments rather than profitability, creating almost total dependence of Western supply chains on the Chinese production base.

The current supply chain crisis is the culmination of a perfect storm combining the Covid pandemic, sudden upturn in 5G development in China and rapidly increased demand from recovering economies. The automotive sector, having virtually ground to a standstill during the pandemic, suddenly turned the supply taps on while 5G manufacturers were ramping production, completely outstripping production capacity.

With demand so high, now is the perfect time to rebalance pricing more in favour of manufacturers, so raw material suppliers have raised prices which are reflected in end customer pricing. Lead-times of >52-weeks are being seen, with some common oscillators going to 32-weeks, due mainly to ceramic package and semiconductor shortages.

To underpin their own manufacturing, customers are placing orders for 12 to 18-months in advance. However, the difficulty is knowing what the unit price will be at the time of shipment, presenting a headache for suppliers who have no indication of the final price.

Furthermore, duplicate orders are potentially tying up capacity unnecessarily as desperate manufacturers place orders on several sources to try and get product from the first available supplier. Panic ordering, as such.

Thus, many order books are looking healthy, although shipments are not likely for six to 12-months leaving potential cashflow issues. With duplication likely leading to future cancellations, a further layer of uncertainty is baked into the supply chain.

Raw material suppliers are taking orders and, at the time of shipment, advising 30 to 50 per cent increases, leaving manufacturers with a choice of taking or leaving it.

With semiconductor houses at full stretch due to silicon wafer shortages and such high demand, they have started rationalising their product ranges. Many less profitable products are being axed, with high drive clock oscillator chipsets offering a 50pF drive level being one prime example. 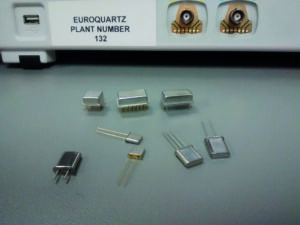 Another product suffering is the 7 by 5mm ceramic package which is seen as less profitable than the smaller sizes, with companies normally using 200,000 pieces per month only receiving 40,000pcs for instance.

Also, many products’ built-in obsolescence has led to a repeatedly high component demand which is reaching a very high peak in today’s market.

Knock-on effects of the above are being felt across the electronics industry leading to cashflow issues especially at EMS companies who are left with partially full assembly kits while awaiting one or two components before product can be built, shipped and invoiced.

Shortages also open the door for counterfeit products and inferior quality parts to enter the supply chain which introduces potential for added costs to verify parts or, even worse, failures in the field.

The most concerning aspect of the current crisis is that nobody has a clear indication of when things will improve, with most optimistic forecasts suggesting sometime in 2023.

In the meantime, companies are under great pressure to procure components at all costs to build their products, creating frustration all round. The truth is that despite suppliers’ best efforts there is little that can be done as the global market is beyond the influence of all but the largest companies.

Over dependence on Asian suppliers has led to a reality check as to how hamstrung the West has become and serious discussions are taking place to re-investigate re-shoring and build more supply chain resilience.

From a security perspective, many military commercial off-the-shelf (COTS) programmes are in precarious positions since they lack the high-volume requirements to influence suppliers. It takes considerable time and resources to qualify COTS parts and more manufacturers are trying to avoid Asian sources where possible. Unfortunately, so great is the dependence on China, this is almost impossible.

It remains to be seen if more production returns to Europe—there are signs that semiconductor production may become more prevalent in Europe—but these are long term aspirations that will not solve the current difficulties overnight.

So, what does all this mean for the future? The cost base will certainly change as it is hard to imagine unit prices falling back to pre-pandemic levels. There may be more production returning to the UK and Europe if the respective governments provide incentives. Given the current environmental imperative, we may see more repairable equipment being produced to reduce the waste mountain. On this point, the startling statistic is that only approximately 12.5 per cent of electronic waste is recycled regardless of all the WEEE legislation.

Despite these problems product can keep flowing but it takes good planning and supply chain information. Forward visibility of supplies is poor with suppliers unable to predict delivery time schedules and in some cases not accepting orders for certain products. 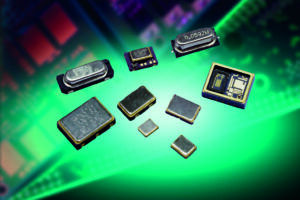 Customers and suppliers are working closely to overcome these problems and the situation is likely to continue well into 2022 and possibly 2023.

When we consider the issues raised in this article, it is not a wild speculation to suggest that a big reset is taking place and practices and supply chains are going to look very different in the future.